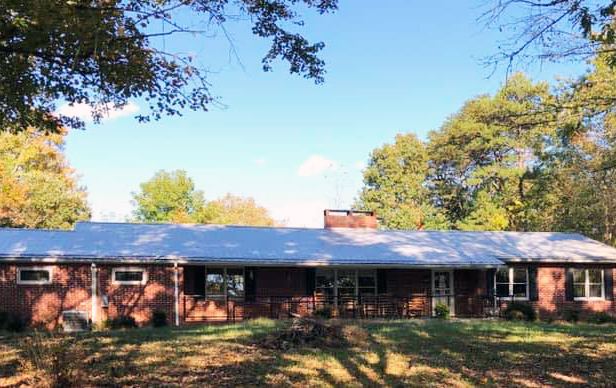 The doors of Hawthorn Heights rescue teen shelter in Bryson City were shuttered this past spring. Many hoped that Childrens Hope Alliance was making the congregate home closure temporary due to the coronavirus pandemic, but it turned out the move was permanent. Kara Long, who worked for Hawthorn for almost 11 years, hated to see it close.

“I understood the value of having that resource in our area, which is very thin on resources,” she said. Pretty soon, community members began reaching out and agreed that the teen shelter needed to be reopened.

Thus, Long led the effort to form a new nonprofit called Hawthorn Heights WNC, which has recently received grant funding and is now in the licensing process with the state to begin operation again.

Funding came through from the Evergreen Foundation, and now Hawthorn is applying for JCPC funding at the county level across the 7 counties it serves, with funds from 3 already awarded.

“Hopefully, fingers crossed, if all goes well, we always received it in the past and they are familiar with us, so I’m hopeful we’ll get awards in all of those counties,” Long said.

The rescue teen shelter for youth actually started in Jackson County in 1976 and later moved to Bryson City in the 1980s. The shelter had a huge upgrade to a new house in 2015.

“The original founders wanted to create a place where kids could come to in crisis, so the idea is for youth to have a safe place to land,” Long said. “Hawthorn has always been used for that safe, temporary spot until things can be sorted out for that child whether that’s another family member or a foster home or to get services in place with the family, such as securing counseling so they can get what they need for the child to come back home and for everyone to have that successful transition.”

The average number of teens coming through the shelter was 50 a year, and it serves youth from across the region.

This year closures due to the pandemic put financial stress on a lot of families. Long said even through the closure, she had people reaching out to find out where can they direct a youth in need? “So, it was evident to me that the need was probably more than it ever was before because of the stress of COVID, unemployment and children being in the home all time,” she said.

The hope is with a locally run nonprofit, the house can be run to best meet the needs of the area. Plus, Long, said she’s enthused to know that they will be able to rehire many of the same people who worked there before.

Knowing that the house has had a positive impact on many young people throughout its time was a big driver in wanting to see it reopen.

“I remember just over the years working there and seeing how many visitors or phone calls we’d get, and it would be adults that maybe their stay had been 7 or 15 years ago, and they wanted to reconnect.”

Even though the youth only stay at the shelter for a short time, it can have a real impact on their lives, Long said.

“Our philosophy has always been to give kids the highest quality of care but also instill real world skills for them that they can take away from Hawthorn wherever they go next,” she said.

Some of those skills include communication skills and independent living skills.

The timeline for reopening the house isn’t known, as it depends on the licensing process, but it will likely be within the next three months.

Those who are interested in learning more or in supporting Hawthorn Heights WNC can find the agency on Facebook. A new website is also in the works.