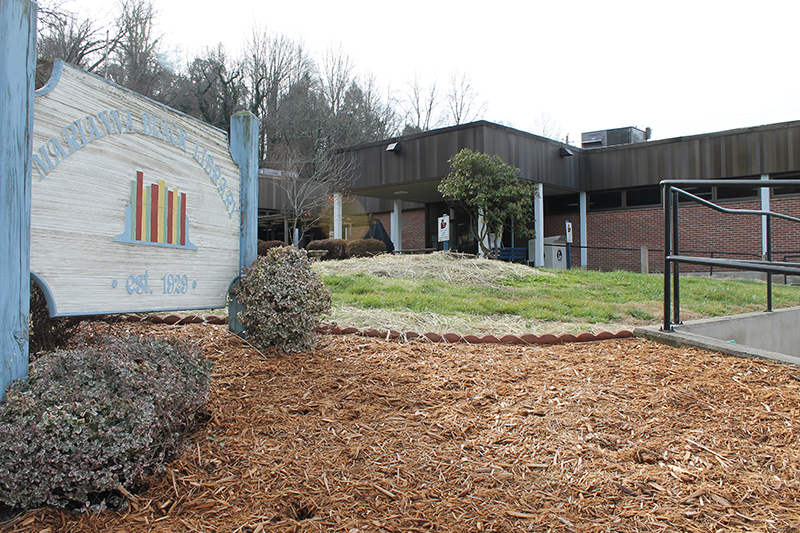 Advocates for Marianna Black Library have recognized the need for a new facility for more than 20 years. While the other libraries in the Fontana Regional System have had newer buildings constructed in the past decade or so, Swain County’s library has continued to serve the public from the small building it has called home since the 1970s.

Recently Ellen Snodgrass, chair of the Marianna Black Library Campaign Committee, confirmed by phone that the group has given up on a new building and will focus on the current building.

The committee met back in early fall and agreed the other options it was considering at the beginning of the year are off the table. Those options included a new building or moving into the Valley Village Shopping Center.

“We’re starting over,” Snodgrass said. “We’re working on getting a survey done, and then we’ll work with the architect.”

With a current business boom, the survey has been delayed but is anticipated to take place in the beginning of the year. Then, the committee will work with Buncombe County architect Keith Hargrove, the same architect who provided renderings in the past.

Back in 2014, hopes that a new facility would be constructed were high following a generous land donation by Toni and Don Davidson. The property is located just down the hill from the high school on Fontana Road. The donation, which also included a monetary donation of $50,000 for furnishings, stipulated that construction on the building must begin by Jan. 1, 2021.

Even back then, county buy-in was on shaky ground. Then-Commission Chairman Phillip Carson told Smoky Mountain Times the commissioners were “not at liberty to spend tax dollars” on the project but would instead look for grant funding.

In the years that followed, Marianna Black Library board members hosted several community fundraisers with a goal to raise $1 million for fixtures and furnishings. In annual updates to the commissioners, the library committee said more private donors were in line but hesitant to sign a check until the county committed to build.

Although the county made same initial investments in the library property, including clearing the land and paying for a survey, commissioners always seemed scared off by the cost of an all-new building and even resistant toward the idea.

The initial plans called for a 34,200 square-foot building.

In August 2016, Janis Wright spoke to the commissioners on behalf of the library board suggesting a partnership with committee fundraising going toward construction. At that time, she said the committee still wanted the larger facility, although County Manager Kevin King had pushed for a compromise and reduced square-footage.

In November 2017, the library committee brought an adjusted plan for a smaller building. That project was estimated at about $6.5 million, which didn’t seem to sway the board further into a commitment, seeing that the estimated cost was still far beyond a commitment they could easily make on the county’s limited budget.

At that meeting, Carson made the message from the commissioners pretty clear. “I feel like everybody sitting here would love to see a new library but note of us want to raise taxes,” he said.

With no commitment for the investment in a new facility, the library board took a new approach, having a study conducted to see how much they could raise toward a new building.

In January 2020, the results of that survey showed they could raise about $1.5 million.

At that time, a second option also became public, to lease storefront in the Valley Village Shopping Center on Hwy 19 South. That option would have been the most economically viable at a construction cost listed at $1.6 million or $2.5 million for total project. Additionally, it would cost $4,000 a month to lease with the option for a 30-year lease.

In both the Fontana Road and Valley Village options, the board cited sale or lease of the current library to offset costs.

The shopping center option seemed like it might gain some ground, but didn’t seem as popular among members of the public. An op-ed piece co-authored by Don and Jim Casada that ran in Smoky Mountain Times that was negative of the option seemed to be the last word.

With the other two avenues exhausted, the library board is now exploring its option to renovate and expand the current library. When presenting earlier this year, Snodgrass reported the renovated building would offer 17,900 square feet at a cost of $3,1 million for construction or $4.4 million total.

This option has the benefit of being in town and a consistent location. On the other hand, it does present several limitations. There is limited space and building up is not a viable option for housing books, due to the age of the building and the weight restrictions, according to previous reports by Librarian Jeff Delfield to the commissioners.

Already a challenge, parking is likely to prove one of the most challenging pieces in making the option of expanding at the current location between Rector and Academy streets in town a reality.

Snodgrass said details of the plans wouldn’t become available for about another month or so.