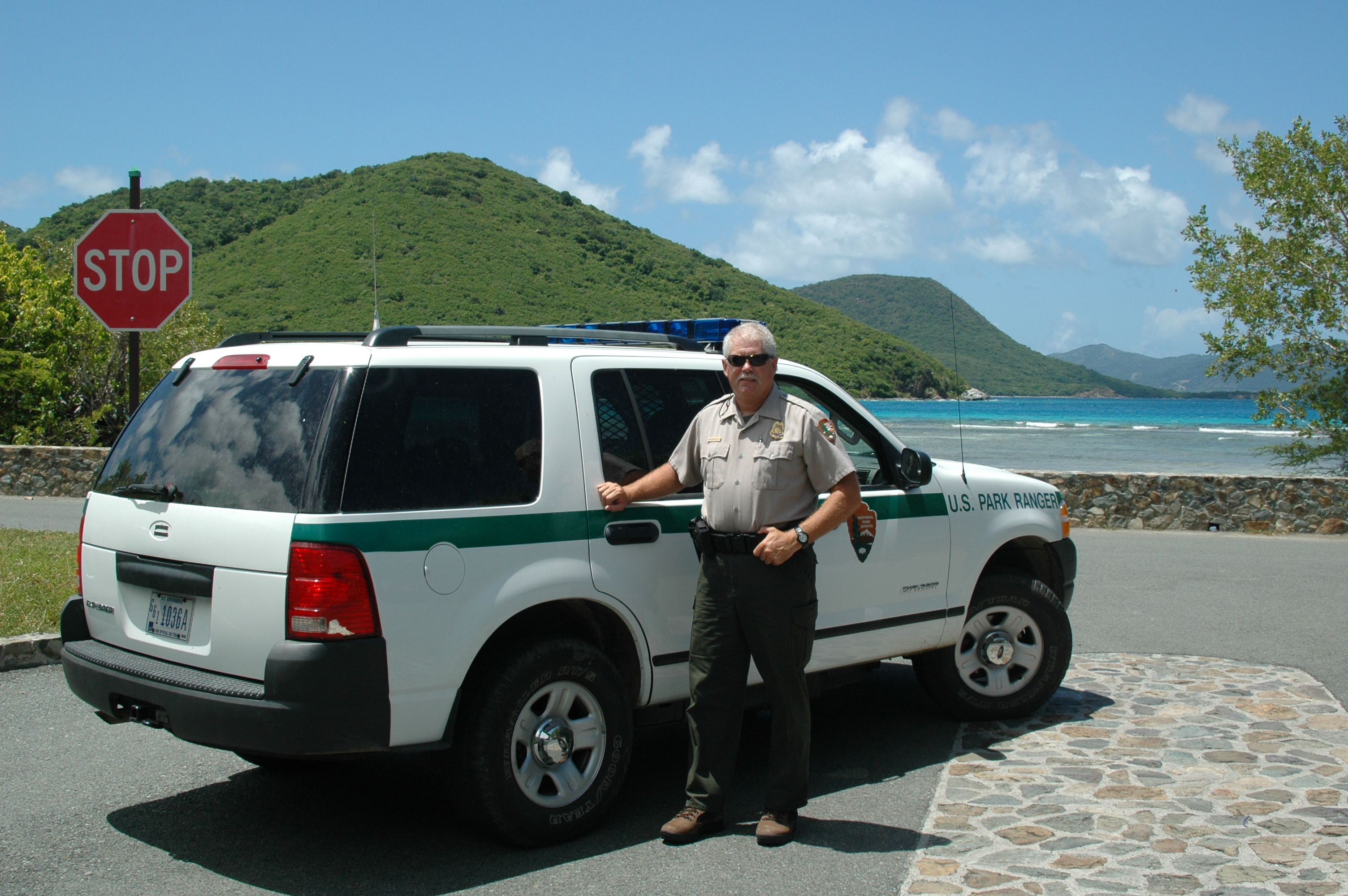 John was born in Memphis, TN to John and Rebecca Williams Mattox. The family relocated to Bryson City in 1970.

John attended high school at Tennessee Military Institute (class of 1974) and graduated from WCU. He began his lifelong career with the National Park Service while a student at WCU, starting out as a seasonal ranger on the Blue Ridge Parkway and later becoming a full-time ranger in the Smokies. John spent the later part of his career as a Special Agent with the NPS and was instrumental in building their Investigative Services Branch, which he supervised throughout the East coast until his retirement in 2013, after 37 years of service.

John was known throughout the NPS as a skilled investigator and handled several high-profile cases. John was also called upon to handle numerous sensitive internal investigations because of his competence and high ethics.  John is pictured at Virgin Islands National Park where he enjoyed a temporary assignment as acting Chief Ranger in 2006.

In retirement, John taught at SCC as an instructor in the NPS Law Enforcement Training program.

John’s greatest pleasure was being a loving father, husband, and “Poppy”. Those who had the privilege of knowing him were aware of his big heart and his loving acts for others.

A celebration of John’s life will be held at a later date, likely in September at Deep Creek. An announcement will be made when plans are finalized.