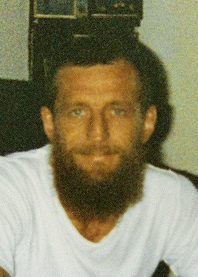 He was born in Swain County on September 5, 1960 to Ray Frady Nellie Frady.  He was of the Baptist Faith.

Ricky worked with his father many years at Barbers Orchard.  He was very talented and could fix or repair anything.  He especially enjoyed working on cars.  Ricky was also a good craftsman and made grapevine baskets.  His skills and talents will be missed by many.

In addition to his father and mother, Ricky is survived by his wife of twenty years, Glenda Frady.  He is also survived by one daughter, Cassandra Ann Frady; three grandchildren; one sister, Teresa Price; one brother, David Dwayne Frady; and numerous nieces, nephews, and other special family members.

He was preceded in death by a brother, Johnny Frady.

A funeral service was held on Sunday, July 19, 2020 in the chapel of Crisp Funeral Home at 2:00pm.  Reverends Lewis Crisp and Roger Frady officiated.  Burial followed at Mason Branch Cemetery.

The family received friends from 1:00pm to 2:00pm, one hour prior to the service.