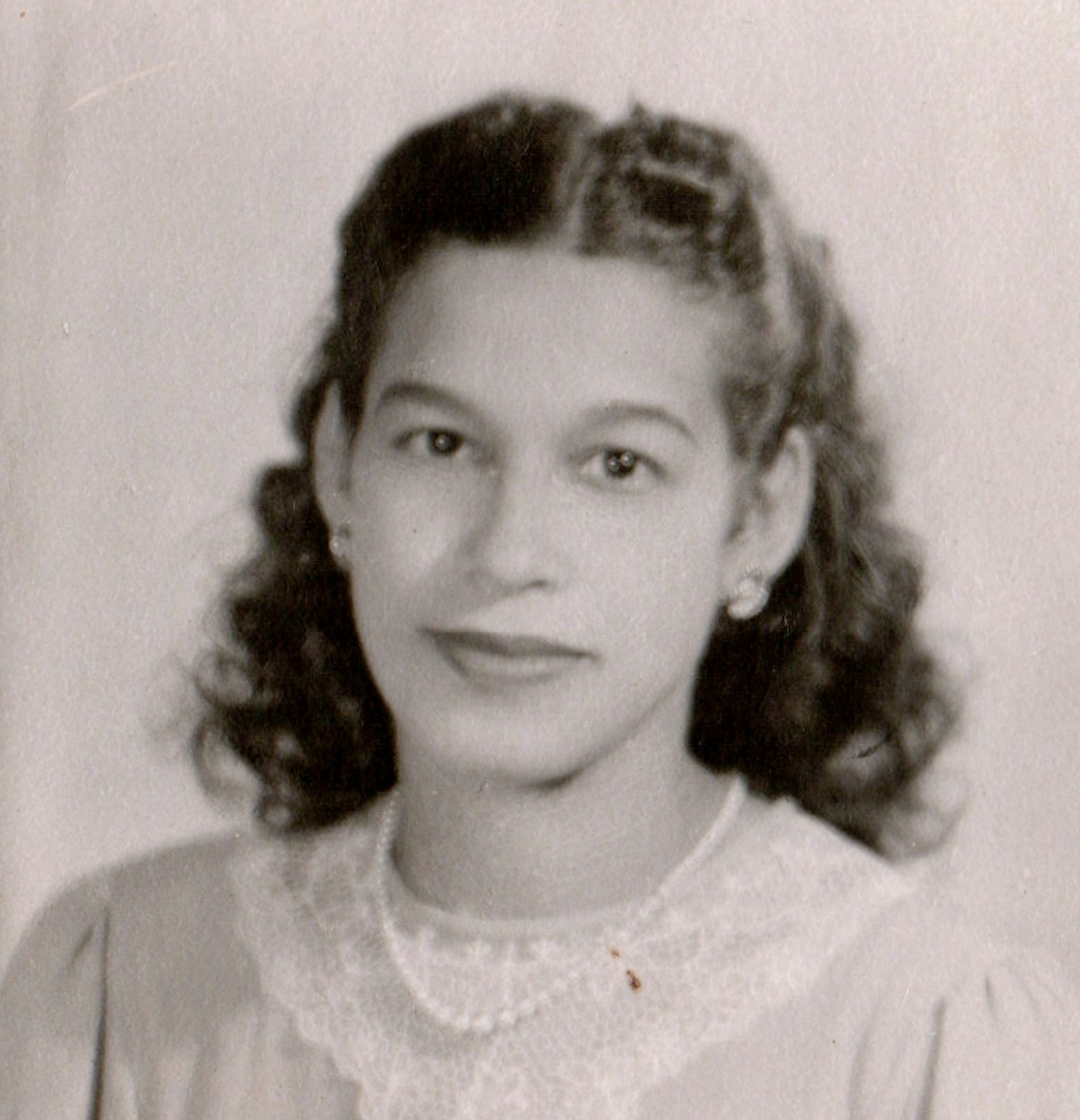 Our family lost its beloved, treasured mother, grandmother, great-grandmother and aunt when Dorothy Veronica “Dora” (Odens) Hembree passed away Sunday, November 3, 2019 at her residence at age 94, after a lengthy illness.  Dora lived at the family home in San Jose, CA in the loving care of her youngest daughter, Patricia Hembree.

Dora was born April 13, 1925 in Panama to Anthony Joseph “Tony” and Asburga Maria (Ralston) Odens.  She was the cherished and devoted wife of Virgil Russell Hembree, whom she met when he was a civilian working in the Panama Canal Zone following his service in the Navy during WWII.  They married February 21, 1948.   They and their infant daughter arrived in the United States February 14, 1950, having travelled by ship from Panama to Virginia.  Their first residence in the United States was the family farm of Virgil’s parents, Jim and Bessie Hembree, located in the Peachtree Community of Murphy, N.C.  From 1950-1964, Dora and Virgil lived in several locations in the South including Tennessee, Georgia, and North Carolina.  They settled in Bryson City, N.C., where Virgil was employed for several years at the Smoky Mountain Times newspaper.  In 1964, they and their children moved to San Jose, California, where Virgil was employed by the San Jose Mercury News until his retirement in 1987.  They celebrated fifty-four years of marriage prior to Virgil’s death Sept. 17, 2002.

During her years of good health, Dora was an active member of the churches to which she belonged, including St. William’s Catholic Church in Murphy, N.C., St. Joseph’s Catholic Church in Bryson City, N.C. and Holy Spirit Catholic Church in San Jose, CA.  After she earned her American Red Cross Social Welfare Aide certification in 1963, Dora worked as a volunteer, assisting families who lived on the Cherokee Indian Reservation in Swain Co., N.C.  As her children became older, Dora went to work outside her home.  Her favorite position was General Store Manager and Buyer for Frontier Village Amusement Park in San Jose, CA, where she worked until the park closed in 1980.  One of Dora’s proudest achievements was earning her United States Citizenship in 2001.

Dora was admired for her beautiful singing voice, her excellent cooking and sewing skills, and her personal warmth, which was outwardly manifested by a great big, beautiful smile.  In earlier years, she loved to bowl and won several trophies.  In later years, she enjoyed gardening.  No matter where she lived, Dora’s kitchen table was a gathering place where her friends would come for good company and slices of her homemade cakes.  She and Virgil always loved the presence of family, and over the years their home was the family gathering place for countless holiday, birthday and other celebrations and impromptu gatherings.

As her memory diminished, Dora reached back to her earlier life recollections and shared them with family members.  She related stories about her childhood in her native Panama, her courtship and marriage, her sea voyage as a young wife from Panama to the United States, the family’s 1964 motor-trek from North Carolina to California, and the many cross-country traveling adventures she shared with her husband, Virgil, after his retirement.

In addition to her husband and parents, Dora was preceded in death by her infant daughter, Rhea Maria Hembree (1963-1964), and by her beloved older brother, Herman Aurelius Odens (1917-1983).