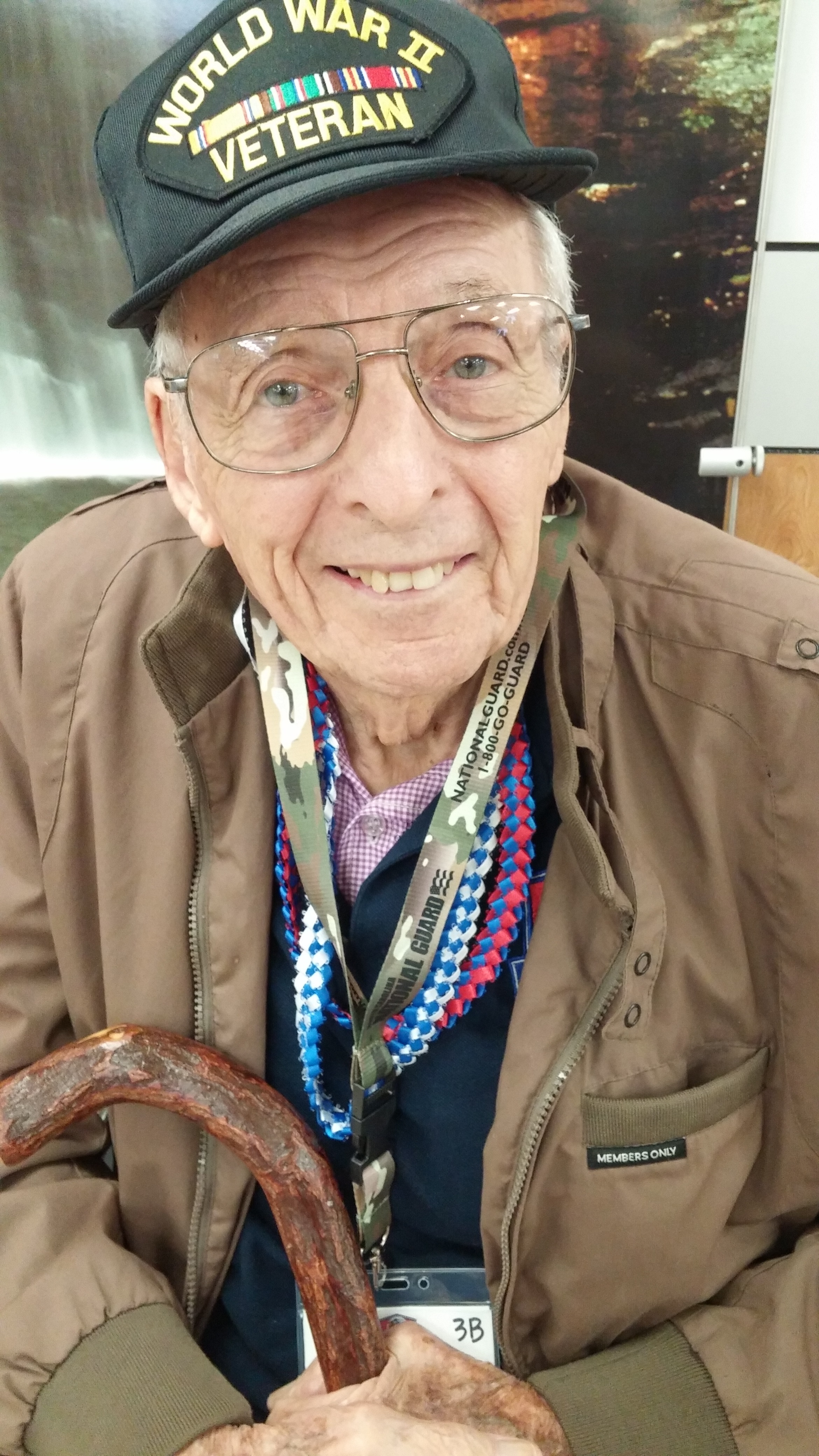 Jon was born in Glassport, PA, in 1923 to Peter and Elizabeth (DiNino) Molinatto and lived on family farms in Champion Township, Warren, OH. Jon was the oldest of eleven children born to the Molinatto family. He was awarded his GED from Champion High School in Warren.

During World War II, Jon was a Private in the US Army and landed in Normandy in July, 1944 as one of the first replacements one month after D-Day. His tour of duty included operations in France, Germany and Czechoslovakia where he helped repatriate Czech citizens back to their homeland.

Jonathan returned to Ohio after the War and worked on the family farm and at the Copperweld Steel Mill. Jon married Emma Virginia (Jinny) Polasky in 1949 and they moved to Western North Carolina in 1955. There he worked growing crops, hauling pulpwood and managing childcare on their small farm on Coopers Creek. He was hired by P. F. Ferguson to work in his tractor and dozer maintenance shop and continued there until he became the NC Farm Bureau agent for Swain County. Jon’s responsibility with Farm Bureau grew to management of Swain, Jackson and Graham Counties, working with Jinny prior to his retirement.

Jonathan was a devoted, long time member and Elder of the Church of Jesus Christ first in Warren, Ohio, then in Charlotte, NC and finally, at the chapel in North Myrtle Beach, SC. He and Jinny moved to North Carolina as missionaries to the Cherokee Indians and held a Sunday Bible Study with the Watty Chiltosky and John and Lewee Crow families on the reservation. For many years he led a Bible Study at the Thomas Chapel on Galbraith Creek until his last year of life. He was also a member of the VFW in Bryson City.

Jon and Jinny dearly loved their Coopers Creek farm and greatly enjoyed their many years living together and raising their family there. The garden was always a center point of their lives. One of Jon’s favorite activities occurred when the seed catalogs arrived and he could start planning their garden for the coming season. His favorite observation was the next variety of sweet corn with his latest best choice being, “Gotta Have It.”

Together they grew and harvested a whole variety of vegetables always sharing the overabundance with others. They canned many of those vegetables and made delicious jams, jellies, apple butter and pickles. We will greatly miss enjoying the bounty of that garden.

Jon very much enjoyed music, remembering childhood singing lessons with his siblings. He was a self-taught musician, dabbling with many instruments including chord organ, mandolin, accordion and harmonicas. On his last trip to visit his sister and her family in Massachusetts, he took along his harmonica and played for them.

Visitation with the family will be held at the Crisp Funeral Home, Bryson City, NC on Saturday, January 18, 2020 from 1:00 PM to 2:00 PM with a memorial service immediately following at 2:00 PM. Brother Joe Catone of the Church of Jesus Christ will lead the service. Private interment will be at Thomas Chapel on Galbraith Creek at a later date.